No items found.
Start Shopping
Product is not available in this quantity.
May 10, 2022

As fans recognize the difficulty of making it, which artists are compelling enough for fans to decide to actively participate in their ascent? 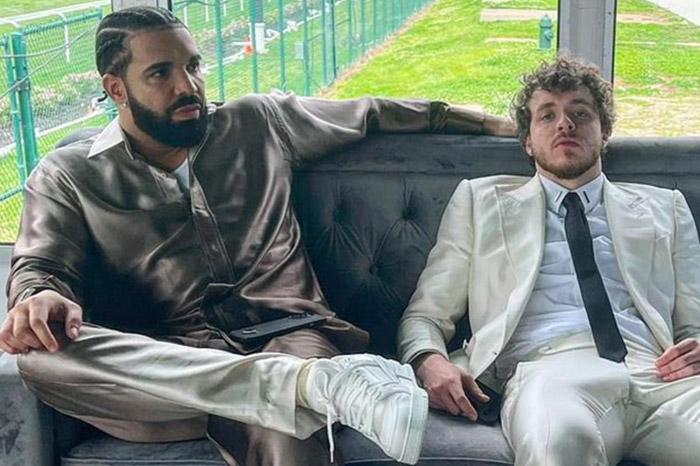 The music industry has evolved greatly in the last decade. The way consumers interact and access music has come a long way since the days of CDs and mp3s. Thanks to platforms like Soundcloud, Spotify, UnitedMasters, Distrokid, Splice and many more it is easier than ever to create, collaborate, and distribute music. This shift on both sides of the industry has resulted in a highly competitive market for artists young and old, but especially those beginning to find an audience.During its event in February 2021, Spotify reported that over 60,000 new tracks were being uploaded to the platform per day. CEO, Daniel Ek predicts that Spotify will have 50 million creators on the platform by 2025, for comparison the platform had 3 million creators in 2018. While these numbers illustrate a rise in content creation, the question quickly becomes how many creators on the platform are able to have a viable career and achieve some semblance of commercial success? Taking into account the power law of the music industry, 1% of artists account for 90% of streams,  we could infer that increased content coupled with increased creators just makes succeeding commercially even more difficult. A bleak outlook, especially in combination with Music Business Worldwide’s analysis that effectively concluded that “an individual artist’s chance of generating over $100,000 on Spotify this year 2021 (i.e. as one of the 7,500 people within those 8 million creators) is… 0.094%.” Odds like that highlight the luck that comes with success in the music business. This essay will explore the psychosocial dynamics that contribute to an artist's success in a fan empowered world. As fans recognize the difficulty of making it, which artists meet the threshold for fans to decide to join them on that endeavor?

The Shift to Audience Picked vs. Industry Picked

While consumers may not be abreast of industry press conferences or actively calculating an artist's odds for success, they are in tune to how difficult it is to make it as an artist. In the last decade not only has music adoption shifted but so has  the power dynamics between how  the next big star is determined. For many decades the music industry was largely a blackbox. Consumers grew accustomed to the industry telling them who the next big star was and largely followed suit. The coveted role of being an “A&R” in the music industry concentrated a disproportionate amount of power on a label exec discovering and then molding talent to appeal to the broader population. This was a dynamic labels were able to successfully renforce for years given the disproportionate amount of power they wielded over multiple industry stakeholders (touring agents, media, CD manufacturers, etc.)  Furthermore, due to a lack of innovation at the time launching an artist's career was a heavy capital and time expenditure that required utilizing multiple relationships. This monopoly on the industry allowed many labels to enjoy huge financial upsides as they manufactured and minted artist after artist, many of whose rights they owned in perpetuity. This heyday eventually slowed down in the 2000’s as the groundwork for a new era of star creation began to take form. The consumers proactiveness in identifying and promoting talent earlier. In 2002, American Idol debuted, the competition show which found talented singers from across the United States and then highlighting them for weekly voting quickly became popular. A pivotal inflection point for how consumers discovered artists as the interactive nature of the show required them to pick who would make it to the next round. This forced consumers to begin to think more deeply about the archetypes of artists best poised to succeed. Taking into account stage presence, background, and overall grit the show was a hit. American Idol (and its European predecessor Pop Idol) has inspired many competition music shows including XFactor, America’s Got Talent, The Voice, Diddy’s Making the Band, and most recently Netflix’s Rhythm and Flow.

Consumers' deeper understanding of the role they play in the trajectory of an artist's career is the mindset shift that birthed Stan culture as it exists today. Fandom evolved beyond collection and consumption (passive) to more active techniques such creating dance challenges, advocating for the artists, providing feedback on music rivaled the capabilities of labels themselves. Once stans began to tap into and harness this power a corollary phenomenon was revealed, canceling culture. Stans quickly realized that just as fast as they could employ strategies to accelerate an artist's career they could also use many of these same techniques to hinder an artist's career. While many in the industry debate cancel cultures actual existence and its effects you can definitely see that albeit even temporarily it can negatively affect an artist’s career. This active participation in an artist's career raised the bar for fandom while many artists can boast high streams, followers and even a strong booking fee from festivals many artists struggle to build a highly engaged fanbase that they can convert solely around their likeness because consumers view fandom as a higher commitment and thus have a higher bar for which they will begin to actively engage as a fan. As a result, many consumers passively consume a large amount of music which is why music festivals continue to thrive. For many, exercising their disposable income to purchase tickets for just one artist on the line up is little to none as they are not actually a big enough fan of the artist individually to justify the expense. I have written extensively about times smaller fanbases have taken on “the machine” and won covering Tyler the Creator beating out DJ Khaled (and effectively Roc Nation) for the top spot on the chart as well as Roddy Rich going up against Selena’s fanbase and coming out on top.

Social media has eradicated the black box of the music industry, exposing consumers to the  grueling work of becoming a star. Consumers are able to experience studio sessions, the exhausting realities of touring, and industry feuds are from multiple vantage points (artist, label mate, producer, background dancer, manager) , a luxury previously reserved for after the fact documentaries. As a result, consumers are constantly assessing these outputs and taking them into account when shaping their perspective on whether an artist deserves to be commercially popular. While an official taxonomy does not exist categorizations often elude to certain traits for example a “Soundcloud Rapper” connotes a DIY rapper that typically started out not having label support and doing everything on their own versus an “Industry Plant” which folks view as having a substantial amount of resources. These frequently used categorizations help guide the consumer in determining how they will exercise their fandom. The impact of these categorizations for an artist is why it is an imperative they maintain control over their narrative. An artist with a strong social media following (even before having a strong catalog of music) has a greater advantage in identifying and building their fanbase then one who does not. Cardi B is a phenomenal example of this, bringing her followers on every step of her meteoric rise as she evolved from a dancer to reality show star to rapper. Cardi B acknowledges this rapping on her debut album, Invasion of Privacy, “never had a problem showing y'all the real me, hair when it’s f***** up crib when it's filthy..but never did I change'' in her song Best Life ft. Chance the Rapper.  Consumers also do this analysis retroactively by uncovering or examining an artist's past after they have reached success. The only thing consumers gravitate to more than the music is the story behind it (sometimes they gravitate to this even more).  Twitter capitalized on this phenomenon earlier this year with a billboard campaign featuring the old tweets of successful athletes, musicians, comedians, etc.  Featuring Meg thee Stallion, Niall Horan ,and Demi Lovato the approach was applauded by both consumers and marketing executives and was considered widely successful.

Digging into the whirlwind of press Jack Harlow has done in an effort to promote his second major label album “Come Home the Kids Miss You” it quickly becomes evident that he has all the makings to be a superstar; charisma, rap prowess, the backing of a major label, and the resilience that comes from creating music for over ten years. The 24 year old Louisville rapper recently celebrated his first number one solo single with Fergie sampled “First Class.” A teaser for the song blew up as a sound on TikTok before even being officially released to number one, propelling the song almost instantly to the top once it was released. The internet’s ability to hyper accelerate a song or artist has created a world where consumers quickly categorize artists prematurely. It is harder and harder for artists to show up to consumers highlighting the full scope of their art and background given the war on attention and shorter attention spans.  This rapid growth makes it very difficult for artists to capitalize in a way that allows them to sustainably build a fanbase over time. On the corollary, this increased visibility magnifies the artist to a wider audience of people who, although familiar, are less invested in the artist's outcome. What had all the makings of a dream album release week was quickly met by sentiment around whether Jack was an industry plant?

Looking at the responses to this tweet a few things are true about the respondents. They can easily be broken down as the following:

A dissonance appears when consumers can not easily connect the dots or infer that the success has been reached prematurely. Assessing Jack’s rollout strategy, his desire to show off his work ethic and show his expertise as a “student of the game” has somewhat backfired as his methodical approach seems to contribute even more to theories that he is simply manufactured by the industry. In the future or coinciding with a future album release I would actually suggest that Jack releases a docu-series of sorts allowing people to take a look behind the curtain. Highlighting his origins from Louisville, to his move to Atlanta, to eventually signing with a major label and all the challenges that come with that, I think this additional context will help people build a more nuanced view towards Jack. There is a missed opportunity that is not too late for Jack to harness. People want to understand why he’s a people's champ and how they helped him get there.