The Intersectionality of Standom: How J. Cole Let Down His Black Women Fans

A look at J. Coles decision to prioritize sharing his "thoughts" even if at the expense of black women. 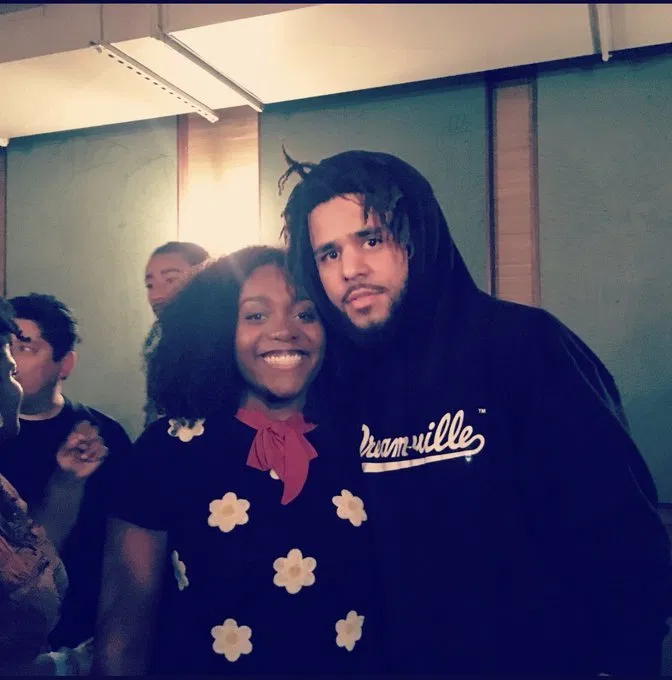 Happy Thursday! Thanks for opening the seventeenth edition of the Stan newsletter. A newsletter exploring fans and their bidirectional relationships with the artists that they love. As always suggestions and feedback are always appreciated. You can shoot me an email at dkuhlor@gmail.com

*** I joined Jon Caraminco on the NYTimes Music Popcast to talk about stans, music fandom, and celebrity activism. Give it a listen here and let me know what you think.

Two weeks ago I opened Twitter and saw that J. Cole was trending. Exciting. After going on Spotify and listening to the song that led to Cole trending my excitement quickly turned into disappointment . For this weeks edition of Stan we are going to explore peer to peer accountability and the intersectionality of standom. The focal example for these topics will be J. Cole and Noname, or more specifically how through J. Coles critique and response to Noname in his latest song "Snow On Tha Bluff" he failed his black women fans. It would be a lie for me to type that I will be doing this from a non-bias place as I consider myself a stan of both artists which is probably why this conversation feels so personal. After the recent unfolding of events I don't know how much longer that statement will be true. While I will share my personal opinions/feelings throughout this article I feel uniquely positioned to do so because I have a deep understanding of both artists and have been (albeit on and off) an active participant in their fandoms.

The word of the day as we dive into this conversation is nuance. Defined as "a subtle difference in or shade of meaning, expression, or sound" nuance is critical to music but even more-so to the interpretation of rap. Nuance is especially important because a productive and authentic discourse about this topic is an extremely complex conversation that social media platforms are not well equipped to facilitate. Many fans (at varying levels of fandom) attempted to defend their favorite artist in a way that was not productive to a fruitful conversation. This topic can be an article within itself so we will revisit this has on maintaining engaged fanbases in another post.

The TLDR version of J. Cole vs. Noname- J. Cole released a song called "Snow on the Bluff". In the song he shares why he does not feel comfortable being viewed as a "leader" of a movement and talks about the tone of a fellow rapper who has emerged as a leader. While he does not explicitly mention her name it is pretty obvious the catalyst for the song is a tweet (included above) by Noname. If it does not apply let it fly, but Cole was unable to do that because it struck a nerve. To understand more listen to both songs (J.Cole's, Noname's response) or check out this article that I thought did a good job summarizing.

In my last post for Stan I explored evolving fan expectations as it relates to activism and speaking out on world issues. One of those expectations included artists holding their fellow celebrities and musicians accountable. While this is less of a fan expectation as most fans are more focused on what their specific artist is doing, when done correctly it is highly valued. In the vein of reciprocity, fans often wonder what role an artist that they support (with their time AND hard earned money) is doing to ensure that the relationship stays mutually beneficial? When an artist calls out other artist publicly fans view it as significant because the artist is displaying that they are willing to sacrifice potentially lucrative commercial partnership opportunities (collaborations, touring together, etc.) to stand up for what is right. In these last few months we have seen more and more celebrities do this however two that really stand out are Tory Lanez and Noname. Tory Lanez took to Twitter to defend peoples right to protest and ask celebrities why their plea's were largely focused on the preservation of items they owned not in alignment with the folks (many of which are their fans) protesting. Noname took it a step further with a call to action recognizing the clear socioeconomic seperation between the bulk of artists and their fans and encouraged her artist peers to match her donations rather than asking their fans to do so.

Cancel culture has become synonymous with critique in general. This encourages people to believe that thoughtful criticism is baseless and overly aggresive made exclusively with the sole intent to destroy someones career. This is far from the truth and highly problematic as it breeds a dynamic that does not positively contribute to the fan/artist dynamic. Artists do not like to champion an environment where they can be "cancelled" but as a result by denouncing all feedback they effectively silencing their most engaged fans who are sharing valid concerns. When an artist does this it rewinds the progress made by both parties in empowering the relationship to feel reciprocal and mutual causing fans to reevalutate the relationship in the first place. The ability to accept and learn when someone has taken the time to provide thoughtful and actionable criticism is the necessary foundation for a fan/artist relationship to have longevity. This is clearly something that J. Cole does not care about or prioritized less so than sharing his "feelings" even when provided that feedback. The more I thought about the tug of war this specific situation seems to present a misalignment in prioritization. I could best describe the misalignment in prioritization through Maslow's Hierarchy of Needs.

Lets examine responses to the song:

The icing on the cake. Cole’s response:

J. Cole decided to exercise his right to be honest and share his feelings at the expense and detriment of his black women fans. When met with thoughtful and actionable critique by said fans, he "welcomed" the critique while doubling down on his stance. Choosing not to support an artist after recognizing a misalignment in priorities seems perfectly rational to me, how long can you love something that does not love you back?

“ Why I feel faker than Snow in tha Bluff? Maybe, cause deep down I know I ain’t doing enough.” - J. Cole

Have a great weekend.