A look at the lengths the slain Brooklyn rappers fanbase went to in order to preserve the authenticity and dominance of his art. 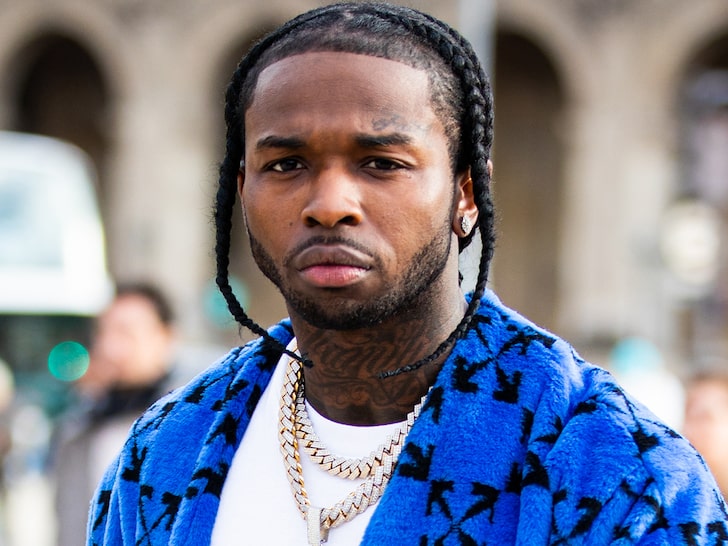 What happens to a fandom after the artist dies?

Stan culture relies heavily on stans believing that they and their artist are underdogs. I have wrote about how the underdog phenomenon can propel "unexpected" artists to success and how artists can maintain this culture as they get bigger. When an artist passes away, the underdog culture manifests itself through the artists fandom as potential not actualized. In the last few years fandoms have had to process the deaths of artists whose careers were rapidly growing but were no where near their peak. The deaths of SpeakerKnockerz, XXXtentacion, Lil Pump, Nipsey Hussle, and most recently Pop Smoke left many fandoms struggling to process the unsuspected finality of their favorite artists career. As sad and often tragic these deaths are, it is in the few months post their death that fandoms display just how dedicated they are to an artist. Once an artist passes away the opportunities to express fandom become considerably smaller cultivating an environment where fans feel it is time "go big or go home". Many times the gestures are so grand, labels and management teams realize they discounted the true fandom the artist commanded all along. For this weeks edition of Stan we are going to explore post-humous fan culture by analyzing the Pop Smoke fandom in the weeks before and after the release of his final album.

The Tragic Passing of Pop Smoke

On February 19, 2020, 20 year old Brooklyn rapper, Pop Smoke was gunned down, in a California home invasion. His killers still remain at large. Thinking about the passing of Pop Smoke I can not help to describe as anything else than tragic. Not because of where Pop Smoke had gotten to but because of where he was going. I remember seeing the news on Twitter and instantly thinking about the amazing profile Shamira Ibrahim wrote about him in Fader. My first time learning about Pop Smoke beyond hearing his music, and I was sold. I was rooting for him. Truth be told, we all were. 20 year old Pop started rapping in 2018 and within two years had all of New York (and the whole world) in a FRENZY. Anyone who went to a single party in NYC when Pop Smoke knows this is not an understatement. His infectious energy, distinctive voice, and drill influence not only keeps his fans rapping his lyrics but dancing to them as well. In a piece for the New Yorker Briana Younger explained the micro and macro geographical juxtaposition Pop Smoke exuded perfectly:

"If you were here for the summer of Pop Smoke, consider yourself fortunate. With his death, hip-hop loses not only one of its most promising stars but also one of its most incredible voices, equal parts majesty and menace—an instrument that he so beautifully used to bring a Brooklyn story to the world."

The Underdog: How the NYPD Prevented Pop Smoke from Interacting with His New York Fans

The career of Pop Smoke can not be told without mentioning the frequent intervening of the NYPD. A constant presence in his life the NYPD went to highly visible lengths to ensure that Pop Smoke was not able to perform for his fans. A bit ludicrous in a city where he was beginning to be championed as a hometown hero. The above letter about Pop performing at Rolling Loud was just one of the multiple shows cancelled or which Pop Smoke was removed from because of the NYPD. While disappointed this just continued to fuel his fans with many of his biggest fans traveling considerable distances out of New York to see him perform. For what Pop Smoke was unable to do at a live show, his fans made sure that people became aware of him through the charts ensuring that songs like "Welcome to the Party" and "Dior" made the list. Coincidentally, as a timely reminder to the police New York protestors would play his music and do the signature "Woo Dance" as they protested.

Protestors in New York dancing to Dior by Pop Smoke 🕊💫

"It's been stressful but also kind of a relief to be working on finishing the album — its like he's still here. Because once the record is out, that means he's really gone." - Steven Victor

**make sure you check out this phenomenal article by Jon Caraminca, The Last Days of Pop Smoke

After his passing, the fandom had what felt like finite moments to truly show the world how much Pop Smoke meant to them and what he had the potential to be. They did this through three things ensuring authenticity for his post humous album release, showing up for his funeral, catalogue amplification.

Many fans were eagerly awaiting the release of Pop Smokes latest album "Shoot for the Stars Aim for the Moon" which kept getting pushed back. 50 cent hopping on as an executive producer only increased peoples anticipation. The week leading up to the album release, fans were greeted with a teaser in the form of the album cover designed by Pop's friend and collaborator Virgil "$50" Abloh. The album cover was underwhelming at best and many felt that it did not accurately depict the level of artistry and attention to detail that Pop Smoke would have wanted. Rather than sit passively and express their discontent they started a Change.com petition to have the album cover removed and many fans designed album covers of their own that they prefer be used instead. The petition and public outcry worked, Pop Smoke's manager agreed to change the album artwork. (It would have been even more amazing if he had used a cover designed by on of the fans, but I digress.) For one of their last big events, it was imperative that everything was done right.

In light of @POPSMOKE10’s album cover being grossly executed I decided to create my version of what I think the album artwork should have looked like in the form of a motion graphic.🌌 RT & lmk what you all think!

Showing up for his funeral

His fans, friends, and family packed the streets of his Canarsie neighborhood in Brooklyn as a horse drawn carriage escorted him to his burial. People sung his music, danced his signature "Woo Dance", and talked about the impact that he had. All the videos from the funeral capture this so much better than anything that I could type.

GONNA listen to pop smoke while I sleep to ensure album sales and that he goes number one because he deserves it.

Numbers don't lie. As I type this his most recent album "Shoot for the Stars, Aim for the Moon" is on track to go number one with one of the biggest debuts of the year. The projections are that it will top 200,000 to 225,000 units. In a rare moment of solidarity between fandoms - many other fandoms are falling back or pausing their amplification strategies for their artist in an effort to let Pop Smoke fans have their final moment as they know they will have other opportunities. In one of their last final acts, it is only right that fandoms stand in solidarity with Pop Smokes fans to help ensure he goes number one.